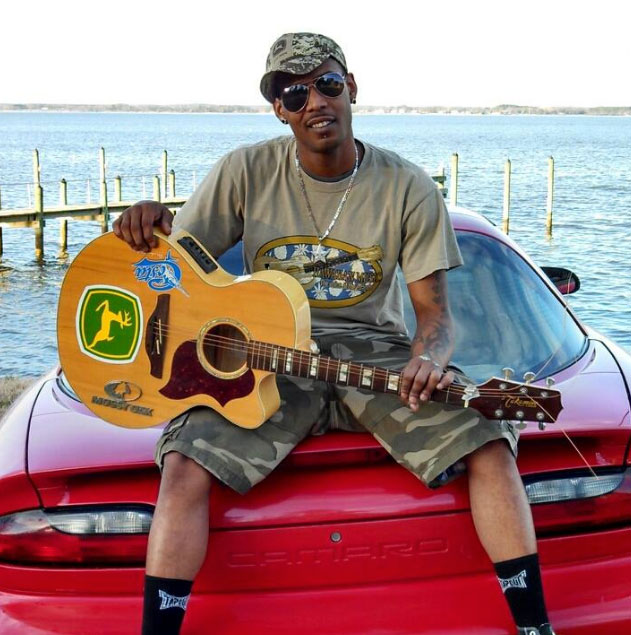 Enjoy live acoustic music in the courtyard as part of our Summer Music Series. Featuring music by Cameron Ashton, food by the UFO Food Truck, ciders by Ditchley Cider Works and the release of our 2017 Albarino!

JUST ANNOUNCED! We look forward to having Ditchley Cider Works as a guest cidery for the event! Ditchley is a cidery and working farm in Kilmarnock, VA dedicated to the creation of unique, premium ciders. Ditchley will be opening to the public in October 2018.

Cameron Ashton is a singer/songwriter and multi-instrumentalist from Tappahannock, VA. After playing college football at Morgan State University, he served for 4 years in the U.S. Air Force before moving to Nashville to pursue his dream of music. While in Nashville, he opened for Joe Nichols and had the pleasure of playing with John Michael Montgomery, Jason Michael Caroll, Music Mafia, and The Jared Ashley Band, as well as playing at the CMA Festival. In 2013, he was a top 10 finalist in the 93.3 WFLS Country Idol contest and in 2015, he was an opening act for blues legend Buddy Guy at the Innsbrook Pavilion. He currently resides in Tappahannock, VA where his first album, “Living in My Town” was released in 2013. In addition to writing all the songs and performing all the instruments, he was also a co-producer of the album.

The UFO Truck is a food truck from Fredericksburg, VA specializing in tacos and sliders.

We will also celebrate the official release of our 2017 Albarino. This fruit-forward wine has already won a Gold medal in the 2018 State Fair of Virginia Wine Competition.

Our courtyard is a smoke-free area. A convenient smoking section is available near the Pavilion (look for signs or ask a member of our staff for directions).

Please note: Due to ABC licensing, Ingleside wine is the only alcohol beverage permitted on the premises. Absolutely no beer, liquor or other wine is allowed under any circumstance.